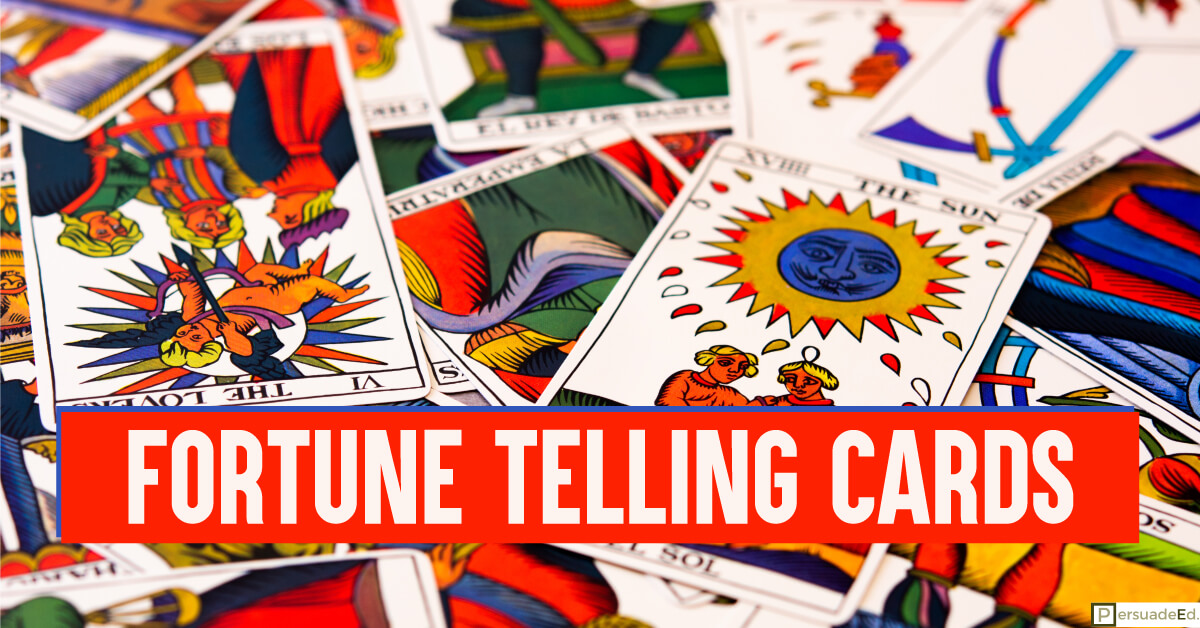 Fortune-telling cards help reveal important information that can prove valuable to a person’s life. For example, one thing that has always pinched humans’ minds is the uncertainty of future events. This is where Fortune Telling Cards and Tarot Reading helps us. Fortune Telling Cards warns us about future events which may shake our life and schedule.

Some people are very nervous while doing different things related to our future, like marrying and buying a new car, opening a new business or small startup, etc. Everything about our future is like a puzzle, and not everyone can solve this. This uncertainty constantly kicks our minds, and we want to get rid of it. Here, they come to Fortune-telling card readers. If you or anyone has a hint of what will happen in the future, you would be planning your counter plan for that event. E.g., if you get something like that you will have a car accident in the future. You would be driving slow, and all you do is make sure about your insurance. We hope nothing like that happens with you or anyone. So, we hope you got the idea of choosing fortune-telling cards.

Fortune Telling Card reading is not magic or science. It would be more accurate to call this pure art and nothing else. The result of reading fortune-telling cards depends on what kind of card we choose. Not who we think or what’s our destiny. Sometimes, we don’t even find the reason behind selecting the card. How does the reader then tell you the future from fortune-telling cards? Let’s elaborate further:

Also, read this article- Pranks to do on your boyfriend

There are 78 cards in the Fortune-telling card game. These cards fall into two different categories.

Deck of fortune telling cards for the Major Arcana

The number of the fools is 0 (the number of infinite possibilities), so there is no specific place in the order of the fortune-telling cards. The Fool can be placed either at the beginning of the end of the Major Arcana. The Major Arcana is often considered a fool’s journey of life and is always present, so no numbers are needed.

In the Fool’s fortune-telling cards, a young man is standing carefree on the edge of a cliff as he embarks on a new adventure. He looks up at the sky (and the universe) and seems unaware that he is about to dive into the unknown. A discreet backpack puts everything he needs on his shoulders-not so many (let’s say he’s a minimalist). The white rose on his left shows his purity and innocence. And at his feet is a small white dog that symbolizes loyalty and protection, urging him to rush to learn the lessons he has learned. The mountains behind the fools represent the challenges ahead. They exist forever, but fools don’t care about them now. Instead, he is more focused on starting the expedition.

The magician card has the number one (number of new beginnings and possibilities) and is associated with Mercury. He stands with one of his arms outstretched into space and the other arm down toward the earth. Its position represents the connection between the spiritual and material realms. Magicians use this relationship to create and articulate their goals in the physical realm. He is the line that converts energy into matter. The sorcerer’s robe is white, symbolizing purity, and the cloak is red, representing worldly experience and knowledge.

On the table in front of him, there are four symbols of the tarot suit (charis, pentagram, sword, magic wand), each symbolizing one of the four elements of water, earth, air, and fire. It is also a sign that he has all the tools (and elements) he needs to carry out his intentions. In addition, there is an infinity symbol on his head, and a snake is biting his tail around his waist. Both show that he has access to endless possibilities. And in the foreground are rows of leaves and flowers that symbolize the flowering and fulfillment of his ideas and aspirations.

The pomegranates at the veil are an image of abundance, fertility, and the divine feminine. They are sacred to Persephone, who ate a pomegranate seed within the underworld and was compelled to go back each year. On both facets of the High Priestess stand pillars, marking the doorway to this sacred, mystical temple (also related to Solomon’s Temple). The black and white colors of the pillars symbolize duality – masculine and feminine, darkness and light – declaring that know-how and attractiveness of duality are required to go into this sacred space. It is in part covered, signifying that this sacred know-how is each expressed and implicit, it’ll most effectively be found out while the scholar is prepared to appear past the fabric realm.

She wears a 12-star crown on her head. This shows the connection between the mysterious realm and the natural cycle (12 months of the year and 12 planets). The pillow bears the symbol of Venus, the planet of love, creativity, fertility, beauty, and elegance. This is the essence of the Empress.

If the Empress is the prototype of the mother of the tarot deck, the emperor is the father. He sits on a large stone throne adorned with four ram’s heads (symbolizing the connection between Aries and Mars). To his right is the ankh, a symbol of Egyptian life, and to his left is a sphere representing the world he controls.

The Hierophant is a religious character who sits between two pillars of a holy temple, albeit this temple is not the same as the one in which the High Priestess sits. He wears three robes – red, blue, and white – and a three-tiered crown, each of which reflects the three realms he reigns over (the conscious, subconscious, and superconscious. He bears the Papal Cross, a triple scepter that represents his religious rank, in his left hand.

The Lovers card depicts a nude man and woman standing beneath Raphael, the angel whose name means ‘God heals.’ The pair is standing in a gorgeous, verdant environment evocative of Eden’s Garden. A tree of flames stands behind the man, representing passion, the man’s principal concern. The serpent and apple tree signify sensuous pleasures that might divert one’s attention away from the Divine.

This was the end of fortune-telling cards for now. We know that there is much to tell you about fortune-telling tarot cards. This is why we promise you that we will be back here, with a major arcana tarot meaning for all 22 cards. If you like our article, then subscribe PersuadeEd on Instagram and other social media. It would help you to keep updated with all articles. Feel free to comment below the post for any suggestions.

PrevPrevious POSTPranks to do on your boyfriend
Next POSTDeez Nuts JokeNext
RECENT POSTS
85+ Best Flirty Knock Knock Jokes to Make Her Laugh
100+ Best Questions to Ask Your Friends About Yourself
100+Heart Touching Emotional Brother and Sister Quotes and Messages
100+ Controversial Relationship Questions to Ask Your Partner and Spouse
FEATURED POSTS
Japanese Names That Mean Moon
Cute Spanish Nicknames for Girlfriend
What Does it Mean When a Girl Calls You Daddy?
What Is the Spiritual Meaning of a Bird Flying in Your House?