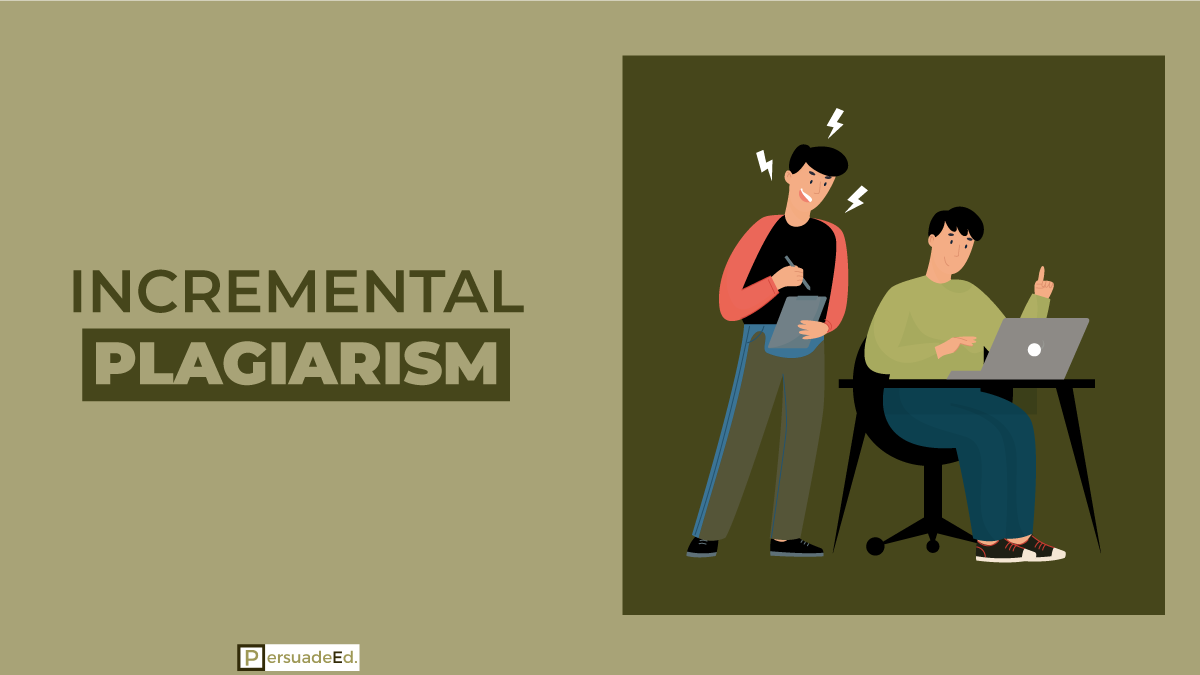 You might be aware of the term “plagiarism,” but you must not have heard about incremental plagiarism. Plagiarism means to represent someone else’s work without acknowledging it. It’s like theft of content, ideas, thoughts, inventions, and a lot more.

In simple words, if your teacher asks you to write an essay on a topic in school, and you don’t know about the subject. So you will copy it from your friend’s copy. Then your essay is being called plagiarised work, and this process is called plagiarism.

Plagiarism occurs incrementally when the content of the speech consists mainly of the speaker’s ideas, but quotes or other information are not cited.

While incremental plagiarism needs to be corrected, it can ruin a person’s credibility and cause a public backlash. What makes it so difficult to notice? It’s because most people aren’t aware it is plagiarism!

At the 2016 Republican National Convention, Melania Trump made headlines with her speech. However, Jarret Hill, a journalist, noticed that Trump’s remarks were very similar to others he had heard. As a result, there was a substantial amount of incremental plagiarism that came to light.

Melania’s speech was obvious to see that it was plagiarized. However, Michelle Obama gave a similar speech at the 2008 Democratic National Convention, from which most of the points in her speech were lifted. For a more in-depth study of the similarities, Melania’s talk was run through a plagiarism detector.

An analysis of the speech revealed that 47% of it was plagiarized, meaning that almost half was stolen. Naturally, people were disappointed, but Trump’s team further exacerbated the situation by denying that his speech had been plagiarized.

As a result, Melania’s speeches are scrutinized to this day for plagiarism, as she drew heavy criticism from the masses for doing this.

In 2010, Manny V. Pangilinan, a renowned tycoon in the Philippines, gave a great graduation speech at Ateneo de Manila University, one of the best universities in the country. However, people in the audience noted shortly afterward that many different parts of the speech were plagiarized.

A closer look at the proof revealed that portions of the speech were lifted from other celebrities, including Oprah Winfrey, J.K. Rowling, Conan O’Brien, and Barack Obama.

Pangilinan apologized publicly as soon as he was identified as a plagiarism suspect, especially when the topic of his plagiarism spilled outside the scope of just graduation. However, due to the backlash and ire he faced, he resigned from his position as a trustee at Ateneo.

It is different from the Trump incident because Pangilinan accepted entire responsibility for his actions and atoned appropriately. Moreover, by encouraging dialogue about incremental plagiarism, he minimized the damage caused by the controversy.

How to avoid Incremental Plagiarism

Avoiding plagiarism is quite simple, but it involves a lot of planning and time. The tendency for people to take shortcuts and make errors increases when they are pushed for time. If you follow the tips below, you can ensure that the content of the speech is 100% original.

Being honest to yourself

The most common causes of incremental plagiarism are not admitting to their sources or failing to mention when, where, or how they are quoting others.

You can’t just put parentheses around the source like when you’re writing. In any case, the phrases should not be hidden entirely either.

In order to be credible, speakers should be open and honest with their audience about their materials and sources. We should also plan the speech like a thesis.

In written content, we can cite sources at the end of the article or book, but while speaking, you need to be honest and tell clearly to your audience “who said that” Though it seems silly, it is a way to encourage honesty: The planning a speech can include these steps:

This approach allows you to be more honest in the speech and know where to add the oral citations. Make sure that you cite anything you mention in your speech, like a statistic or a quote from a famous person.

Make sure the sources are accurate.

Make sure that your sources are accurate before you begin citing them. It means that you have to verify all the information you are going to quote or state. It is common to misattribute quotes.

Even the facts are sometimes fabricated. Hence, be authentic and always remember that your listeners are intelligent.

Make sure you only use credible sources and take the time to find all of them. Moreover, if you wait until the very last minute to make a statement, you will be held accountable for a false statement since you are the one who said it.

Among the best examples of this are President Donald Trump’s speeches. According to his online bio, he is known for not checking sources and for citing stats that do not exist or are made up. It has provoked a backlash, ridicule, and even damages to his reputation.

You also need to pay attention to what you should cite in your work and what you shouldn’t cite. It is generally not appropriate to cite common knowledge because it can be attributed to anyone. It is not necessary to confirm that the sun is a star if the fact is already known.

You will, however, need to cite any obscure topics, studies, statistics, or comments that aren’t common knowledge. A rule is that almost all non-general knowledge facts and statements should be appropriately cited.

You can lose your credibility if you participate in incremental plagiarism. To avoid incremental plagiarism, consider the factors discussed above. If you are planning a speech for any event and want to make it more effective, start planning your speech with a fresh mind, research properly, and prepare your speech step by step. Don’t forget to cite the correct sources. It is the simplest method to prepare a no plagiarism speech. We hope you find this article interesting, and you can look for other similar articles on communication.

PrevPrevious POSTCompliments that start with ‘i’
Next POSTHow to start a conversation on MatchNext
RECENT POSTS
85+ Best Flirty Knock Knock Jokes to Make Her Laugh
100+ Best Questions to Ask Your Friends About Yourself
100+Heart Touching Emotional Brother and Sister Quotes and Messages
100+ Controversial Relationship Questions to Ask Your Partner and Spouse
FEATURED POSTS
Japanese Names That Mean Moon
Cute Spanish Nicknames for Girlfriend
What Does it Mean When a Girl Calls You Daddy?
What Is the Spiritual Meaning of a Bird Flying in Your House?