Is it legal to record a conversation in NY? 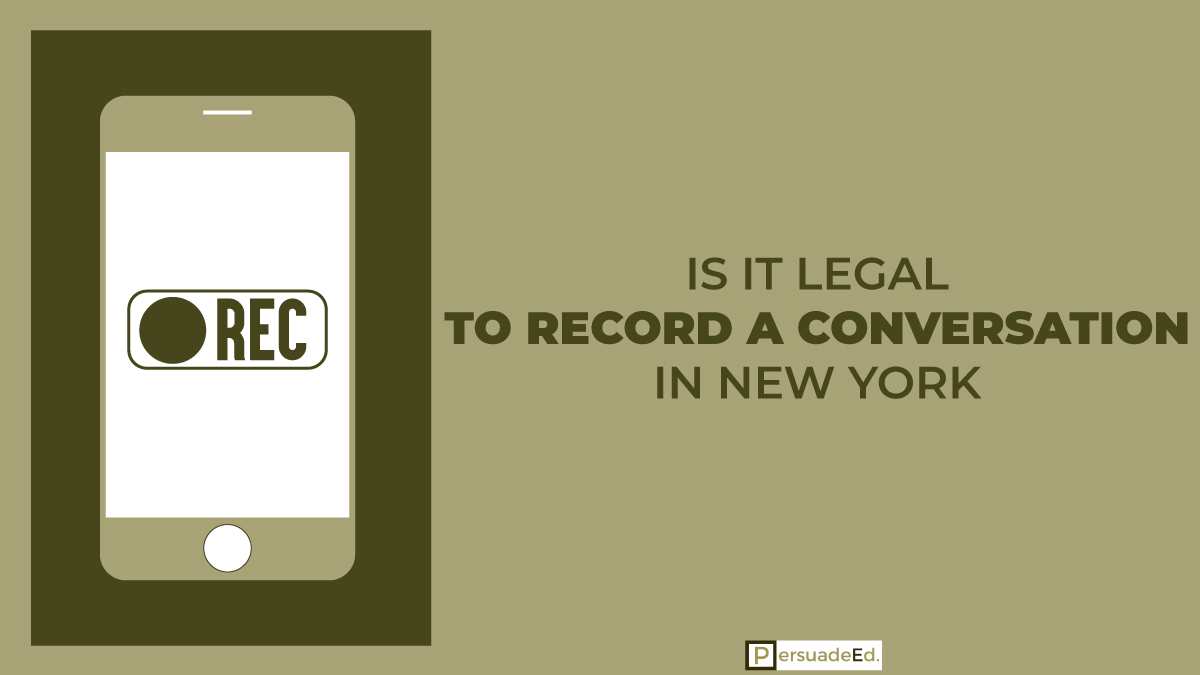 The laws of different states are different, and there are additional requirements if someone wants to record a conversation.

Let’s find out in the article!

Laws on Recording conversation in the USA

Quick Link: How to answer how are you doing

Is it legal to record a conversation in NY?

Also, it is necessary to give consent by at least one party to record the conversation; if not given consent, then it is illegal and considered as a crime or eavesdrop on the conversation.

The N.Y. penal law §§ 250.00, 250.05 deals with recording the conversation. The Law makes it a criminal offense to use any device to record, get, share, or use any communication, whether wired, oral, or electronic, without the consent of at least one party to the communication.

It is considered a felony if found illegally recording the conversation.

What does N.Y. Law Says?

According to N.Y. penal law §§ 250.00, 250.05, it will be considered as Class E Felony, “the intentional overhearing or recording of a telephonic or telegraphic communication by a person other than a sender or receiver thereof, without the consent of either the sender or receiver, by means of any instrument, device or equipment.”

Read: she never texts me first but always replies

How can someone legally record the conversation in NY?

You can legally record the conversation, but there are certain requirements or conditions that should be fulfilled. Here are those requirements according to different parties:-

If you are one of the parties involved in the conversation

If you are the third person

If you’re the third person and want the conversation of two or more people to record, then you should get the permission of at least one person involved in the conversation.

Also, a conversation can be recorded if parties are communicating in an environment where they are not under the expectation of privacy/ or an open environment.

You can even record the conversation with the following requirements:-

Tips: How to start a conversation with a random girl

Can the recorded conversation be used as evidence in court?

Free Article: how to keep a conversation going with your crush

But sometimes, with the exception to the rule and with due testing, the recorded conversation can be considered as evidence.

So most of the time, the recorded conversation is just considered as hearsay and not as evidence in the New York state courts.

Let us know what you think of our article in the comments!

Thank you for reading!

PrevPrevious POSTHow to Answer How Are You Doing?
Next POSTHow do shy guys show interest?Next
RECENT POSTS
85+ Best Flirty Knock Knock Jokes to Make Her Laugh
100+ Best Questions to Ask Your Friends About Yourself
100+Heart Touching Emotional Brother and Sister Quotes and Messages
100+ Controversial Relationship Questions to Ask Your Partner and Spouse
FEATURED POSTS
Japanese Names That Mean Moon
Cute Spanish Nicknames for Girlfriend
What Does it Mean When a Girl Calls You Daddy?
What Is the Spiritual Meaning of a Bird Flying in Your House?