The Best App to Learn Japanese 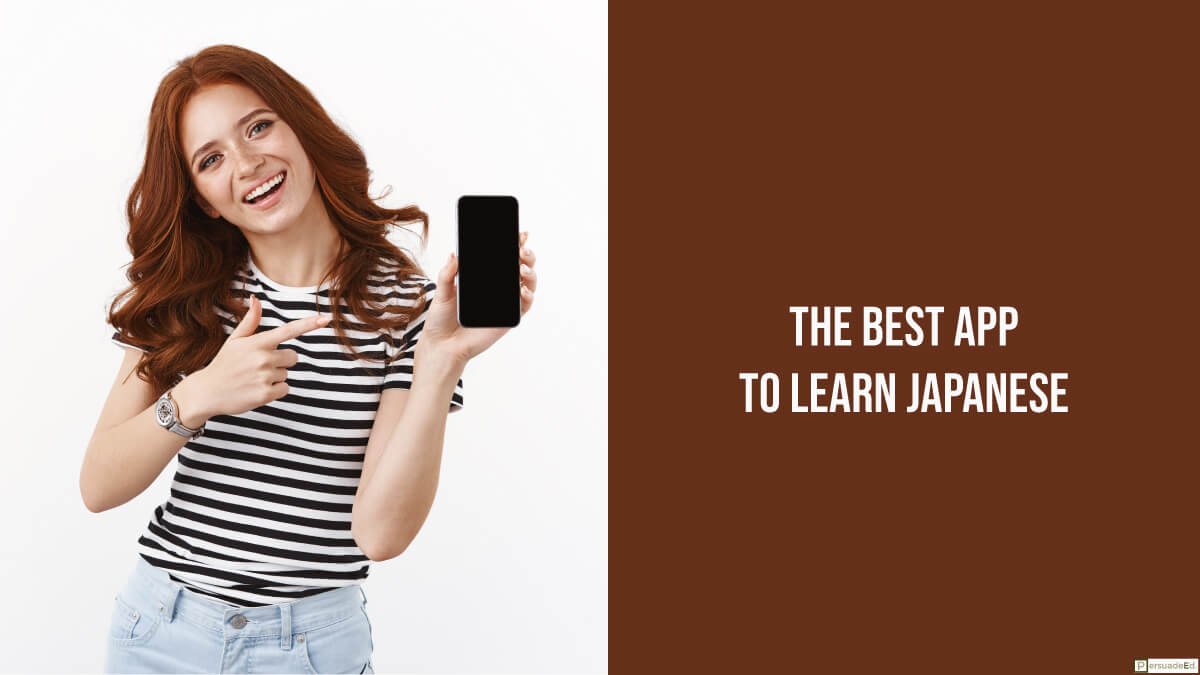 Hiragana Quest is a fun Japanese language learning app. This app has a basic writing system, including the Hiragana Japanese alphabet with Japanese letters, Japanese writing, and Japanese characters. We have experienced this app for more than a month. And its reviews are pretty interested among other apps to learn Japanese. On Android and iPhone, both’s ratings are above 4.5.

Learning a new language can be a bit complicated, especially for languages like Japanese. And here at Hirangana Quest, you have been provided with two cool mascots Hirako and Katato. If you are never tried learning Japanese before, then the hiragana quest is perfect for you. This will come up with stories and a specially designed system to make your learning experience better and effective.

Hiragana Quest’s interesting mascots Hirako and Katato, aren’t the only standout features. Other Japanese learning applications don’t have the extra learning features. Each stroke on your screen has a guide and trace, and you may level up and test yourself as you learn to make sure you are on track.

App link on AppStore: Not Available

Jsho is the best app to translate words from English to Japanese and vice versa. Yes, Juho is a dictionary. And how could you think that you could learn Japanese without having a dictionary? You have a variety of input facilities at your fingertips. You could enter different words using hiragana, kanji, or romaji in Japanese. If you don’t know what anything means but know how to pronounce it, this is a terrific tool for you.

You may also use a variety of radicals to enter characters for which you have no idea what they mean or how to spell them. It takes some time, but it’s well worth it.

Using the noun and verb filters makes it easy to find words with certain kanji characters. on’yomi and kun’yomi levels, as well as the stroke sequence for each character, are all included. You may create a list of favorite terms to use as a study aid as an added convenience.

There is also a comprehensive set of conjugations, including standard, past, and negative forms for each word. This is a lifesaver when it comes to JLPT practice’s most difficult sections.

As far as I know, it’s only accessible on Android and uses a tiny amount of storage space while fully offline.

Pimsleur wasn’t accessible as an app until recently. However, Pimsleur has a solid track record of helping people learn a second language using conversational methods.

Pimsleur employs a novel call, response, and feedback system to help you practice thinking in Japanese and construct your phrases and responses. It’s the closest thing to speaking practice you’ll get in an app without actually speaking to a native Japanese speaker.

With this method, you learn grammar implicitly (via patterns of discourse) rather than overtly (through rules and grammar charts). Knowing grammar is one thing, but putting it to use is quite another. With Pimsleur, you can learn Japanese grammar while conversing. It’s the only app of its kind that I’m aware of.

In addition to the audio lectures, the app has a substantial reading track. Students initially learn hiragana by phonetically reading texts (along with native audio). A gradual introduction to Japanese Kanji follows. This is an excellent approach to getting acquainted with the Japanese language.

Also read this article-: Why Does My Girlfriend Feel Loose Sometimes?

App link on AppStore: Not Available

This app had a pretty good review both on the play store and AppStore for learning Japanese focuses on the written form of the language. The software offers a vital grammar portion as well, but its real strength is in written Japanese. When it comes to learning the Japanese alphabet, Obenkyo is a great resource.

Onkyo doesn’t follow a conventional course format. It caters mainly to self-motivated students. Instead of going through a lesson system one step at a time, you may learn Japanese and explore the whole app at once.

When it comes to studying and practicing, Obenkyo excels since it offers multiple-choice questions and written answers. As a result, the app allows you to hone your kanji writing skills. It’s also completely free to use, which is a significant plus.

Using FluentU’s highlights captioning feature, you can better understand spoken Japanese in a variety of scenarios. In addition, this app improves your ability to communicate in Japanese by educating you on the many contexts in which the language’s terms are used.

FluentU’s pros outweigh its negatives. This app may be beneficial in the appropriate situation, but it does not give a structured curriculum. Instead, you just pick up new vocabulary and grammar as you go, which may not be the best technique for all would-be Japanese speakers.

With this, it was the end of the best app to learn Japanese. We hope you will learn the language soon. To end our words, nothing can stop you from learning. If you have enough willpower to learn a new language, you could quickly learn in a month or less. For more information, please follow us on Instagram. We would be updating the latest articles and tips on every topic.

PrevPrevious POSTWhy Does My Girlfriend Feel Loose Sometimes?
Next POSTTruth or Dare QuestionsNext
RECENT POSTS
85+ Best Flirty Knock Knock Jokes to Make Her Laugh
100+ Best Questions to Ask Your Friends About Yourself
100+Heart Touching Emotional Brother and Sister Quotes and Messages
100+ Controversial Relationship Questions to Ask Your Partner and Spouse
FEATURED POSTS
Japanese Names That Mean Moon
Cute Spanish Nicknames for Girlfriend
What Does it Mean When a Girl Calls You Daddy?
What Is the Spiritual Meaning of a Bird Flying in Your House?